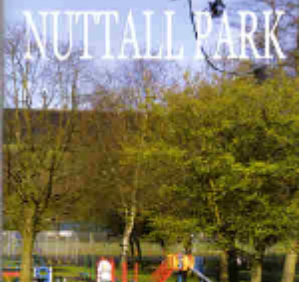 Ramsbottom Heritage Society members have used the lockdown to finish a book on the history of Nuttall village, entitled ‘Nuttall  Ramsbottom’s Lost Village’. The book has 150 pages, is Royale Format ( 156mm * 234mm) and retails at £9.99.

Nuttall lies beside the River Irwell between Nuttall Park and Summerseat. It was once a vibrant village, but it is now hidden beneath undergrowth with walls only appearing when the vegetation dies down in the winter. This book tells the story of Nuttall village from the 13th century to the present, and is illustrated throughout with old photographs, maps, and recent photographs.