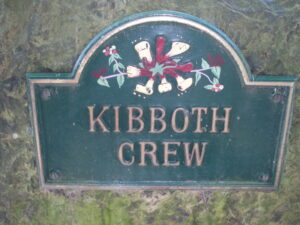 The site of a Fulling Mill dating back to 1710

The dig, hosted by the landowners John and Gill Wild, was organised by The Ramsbottom Heritage Society, and managed and supervised by the University of Manchester Archaeology Unit (UMAU). Forty-nine local volunteers worked on the site in small groups, for three weeks from April 16th to May 4th  2007.

Everyone involved in the dig was surprised and excited by what we have found and the university staff were very impressed with the extent of the buildings which were  excavated. We have been very fortunate to have had the supervision of the university archaeologists Adam Thompson, Brian Grimsditch, Steve Bell and Ruth Garrett and to have had visits from Mike Nevell, Director UMAU and Norman Redhead, the Assistant County Archaeologist for Greater Manchester.

Running concurrently with the archaeological work, documentary research added a further dimension to our knowledge of this fulling mill. Many details of the history of the site were discovered, although neither the original 999 year lease from 1710, nor the date of the closure of the mill were found. The death of Mary Hill following the dam burst which destroyed the building, added a human touch to the story of this industrial site

Please note that the dig at Kibboth Crew is on private land and there is therefore no access to the mill. However there is a public footpath running uphill past the site, from which it can be viewed.

There are many people I would like to thank for their help and support:-

Mick Nightingale, Conservation Officer for Bury Metro; Dr. and Mrs. John Wild; The Ramsbottom and Tottington Area Board and the Ramsbottom Heritage Society, for funding the Dig;

Dr and Mrs John Wild who encouraged the dig to be undertaken on their land and to the staff from the University of Manchester Archaeology Unit for their instruction, patience and good humour;

All the people who have contributed to the dig and to this CD; Brenda Richards and Kath Haddock who have undertaken historical research; the many people who have emailed photographs to Alistair Twidale who collected them together; Bob Roberts who has given his help and expertise in production of this disc.

Most of all I would like to thank the volunteers for their enthusiasm, helpfulness and friendship throughout the dig.