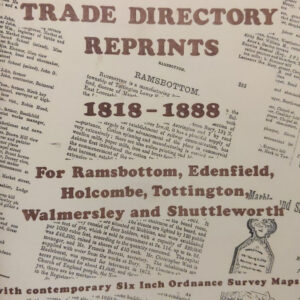 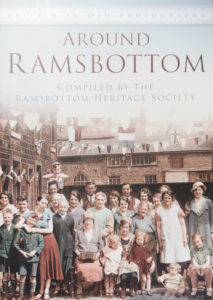 A collection of around 200  photographs taken from the Ramsbottom Heritage Society’s archives. This book is a superb record of Ramsbottom during the 20th Century. This book shows the town through a century of change. Although many of the streets and buildings of the town survive intact from one hundred years ago, much else has altered. The changing patterns of employment and local industry had brought about  far-reaching changes in the way that the inhabitants live and work. The book is arranged as a tour through the district and looks at schools, churches, mills and factories, the railway and road transport, as well as street scenes and people at work and play. The sequence of the illustrations tells the history of the town of this period and includes a reference to some of the personalities that have featured in the story, from the an annual Grant family to Nuttall’s first policeman and John Bassett, Ramsbottom’s last town crier.  This book, which represents a team effort by members of the Heritage Society, many of whom have contributed their own pictures and recollections to this project will appeal to all who know or have known this historic corner of Lancashire.